“Kutani ware” has been heard even by people who are not familiar with ware.
The ceramics produced in the southern part of Ishikawa Prefecture (Kanazawa City, Komatsu City, Kaga City, Nomi City) are attractive for their colorful colors and bold paintings.

There are two types of Kutani ware, pottery and porcelain.
Each has different characteristics, but one of the attractions of Kutani ware is that each has its own advantages.

Furthermore, the biggest attraction of Kutani ware is overpainting.
After the main baking, add a picture and re-bake at around 800 ℃.
At that time, the pattern created by applying heat becomes the taste of the work and gives a beautiful finish.

Overpainting is a very important process in talking about Kutani ware, so that what was Kutani ware can be called “Kutani ware”.
What is the history of Kutani ware?
Kutani ware has a history of 350 years.
It is said that in 1655, Saijiro Goto, who was studying pottery in the Arita region at that time, opened a kiln in Kutani village at the behest of the Kaga domain.
The kiln will be closed in 100 years, but what was burned during that 100 years is now called “Kutani”.

100 years after the kiln was abandoned, the history of Kutani ware began again with the movement to revive Kutani.
Today, the Imperial Household Agency is making a name for itself as a gift (special dish) to celebrities overseas.
It has also become world-famous as “Japan Kutani”.

◎ Characteristics of Kutani ware
・ Attractive colors
In the Kutani ware process, there is a process called “drafting” that is performed after unglazed ware.

First, draw a line (picture) with a pigment called “Gosu” (bone drawing). Then, after going through the processes of “glazing” and “main firing”, we move on to the process called “overpainting”.
Most Kutani ware is at this stage ♪

Main firing is a technique of drawing a pattern on the glaze with pigment and then baking it again. The characteristic of Kutani ware, “Gosai-te,” is so called because it uses the colors “red, yellow, green, purple, and navy blue.”

・ Bold pattern is attractive
A bold pattern that is also a feature of Kutani ware. There are many works that depict things like paintings, such as flowers and birds, mountain water, and features.

In addition, there are also works that use geometric patterns as a pioneer.
Alternatively, the blue hand (painted hand), which is the base material painted with color, has a unique style of Kutani ware.

Even if you say Kutani ware, there are various patterns, patterns, and colors, and it is profound.
Old-fashioned Kutani is good, but it is also recommended to choose a modern one.
Feel the charm of traditional Japanese Kutani ware ♬ 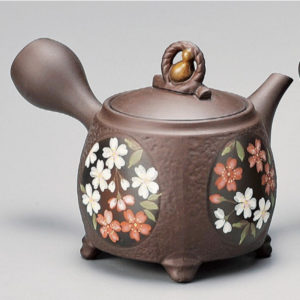 What is the secret of Tokoname ware Kyusu Japanese teapot, which boasts the largest share in Japan? 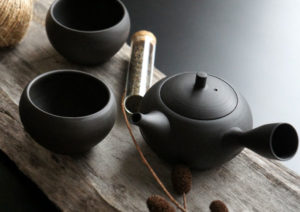 Recommended way to wash the Kyusu teapot after use!