What is Edo Glass?

Edo glass has cool shapes and designs. The rustic flavor of Edo glass comes from the fact that every step of the process is done by the hands of skilled craftsmen. And what is the appeal of Edo glass? “Edo glass” refers to glass products that are handcrafted in parts of Tokyo and Chiba, inheriting traditional techniques from the Edo period. All processes are handcrafted by craftsmen, and no two products are the same. They come in a variety of colors and designs, and are crafted with sophisticated techniques that make them feel and feel comfortable when you look at them. In 2014, it was designated as a traditional Japanese craft.

What is the technique to make “Edo Glass”?

It starts with melting the glass material at a high temperature of 1400 degrees to make it look like starch syrup. Currently, there are three main methods of molding works: “Chuubuki”, “Katabuki”, and “Oshigata”.

The molten glass is wound around the blowing rod, and the air is blown into the glass to shape it.

In this method, the glass material is wound around a neck and blown into the neck in a mold to shape it.

Pour the glass material into the upper and lower set press molds and press to form. All major parts of these manufacturing processes are hand-made by skilled craftsmen.

What is the difference between Edo Glass and Edo Kiriko?

What is the history of Edo Glass?

The history of glass making in Japan dates back to the Yayoi period. At that time, magatama and kudadama were made using techniques that were introduced from the continent, but these techniques were once discontinued after the Middle Ages. After that, it was not until the Edo period that it appeared again in Japanese history.

Glass products were brought to Nagasaki from Portugal, the Netherlands, and other countries, and they began to be produced in Japan under the name of “Vidro.” Since the technique resembles that of China rather than Europe, it is believed that the technique itself was introduced from China. The manufacturing method was eventually transmitted to Osaka, Kyoto, and Edo, and the traditional techniques of “Edo Glass” have been passed down to the present day. What are Gifu Japanese lanterns? 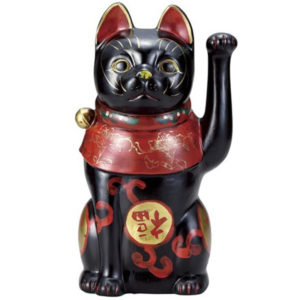